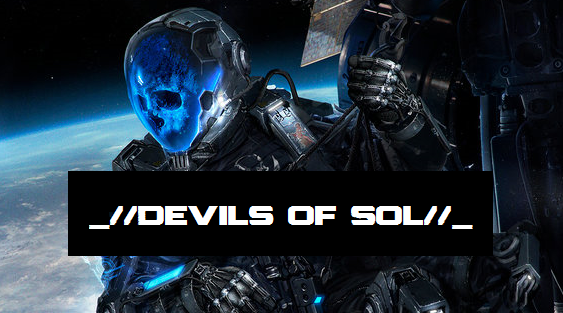 Starpath: Devils of Sol is the fourth installment in the Starpath series. Initiated by Facepunch user Viper123_SWE, it is set in the year 2388, taking place in the interval between Scoundrels of the Interstellar Highway and Burning Sails, chronologically. It follows the rag-tag group Horner's Devils as they carry out a series of suicidal missions in exchange for freedom, pardon and redemption. It is currently in development as of this writing.

The war rages on! In the midst of a raging conflict between Sol and the USR forces from all corners of the galaxy watch as the war approaches its climax. With allies taking sides economy and stability throughout the Eastern Quadrant is at an all-time low.

Because neither side is willing to back down the conflict is at a deadlock, one which can only be solved through superior force. While the USR enlist the help of zealots, guerillas and terrorists Sol turns it eyes towards more unorthodox solutions.

Legions of alien auxiliaries join forces with marines and robotic infantry. Corporations are contracted into manufacturing new weapons and prisons are bought, turning their most psychotic inmates into soldiers of fortune.

The now-disgraced Colonel Killian Horner of the SDF returns home to Sol to offer his sword. For the past two years Horner, whose warnings were ignored, has travelled the quadrant in search for only the most desperate of individuals to help his cause.

In charge of a PMC outfit known simply as "Horner's Devils", Horner hopes to provide Sol and anyone else affected by the war with an alternative solution.

This solution has no real allegiance and it is not bound by politics and bureaucracy.

Players will assume the role as member of Horner's Devils. This can be anything from ex-SDF still loyal to Horner, mercenaries, bounty hunters to ex-cons, bought prisoners and even pirates trying to redeem themselves.

All missions will not specifically involve Sol or the Sol-USR conflict however some will affect the conflict. Each mission is a contract offered by other third parties that want to enlist the help of Horner and his crew.

How missions are completed is up to the players.

Because the odds will generally be against the Devils the MSU system will function as a sort of lifeline. If requested by the squad the LTV Modus Operandi will move to provide the requested support.

Prior to a mission the briefing will detail the MSUs available. Some missions will have one-time use mission-specific MSUs unique to that specific mission.

MSUs range between bunker busters, EMPs and even mechanized QRFs being deployed to the field.

The MSU system will provide some help should too many players become inactive and/or too many characters wounded/killed in the field. MSUs have limited uses per mission and cooldown timer (X amount of turns).

1st August, 2388. Onboard the LTV Modus Operandi. Time to prove yourself.

All in, clear the area.

Ever wanted to rob a bank?

Retrieved from "https://starpath.fandom.com/wiki/Devils_of_Sol?oldid=6613"
Community content is available under CC-BY-SA unless otherwise noted.